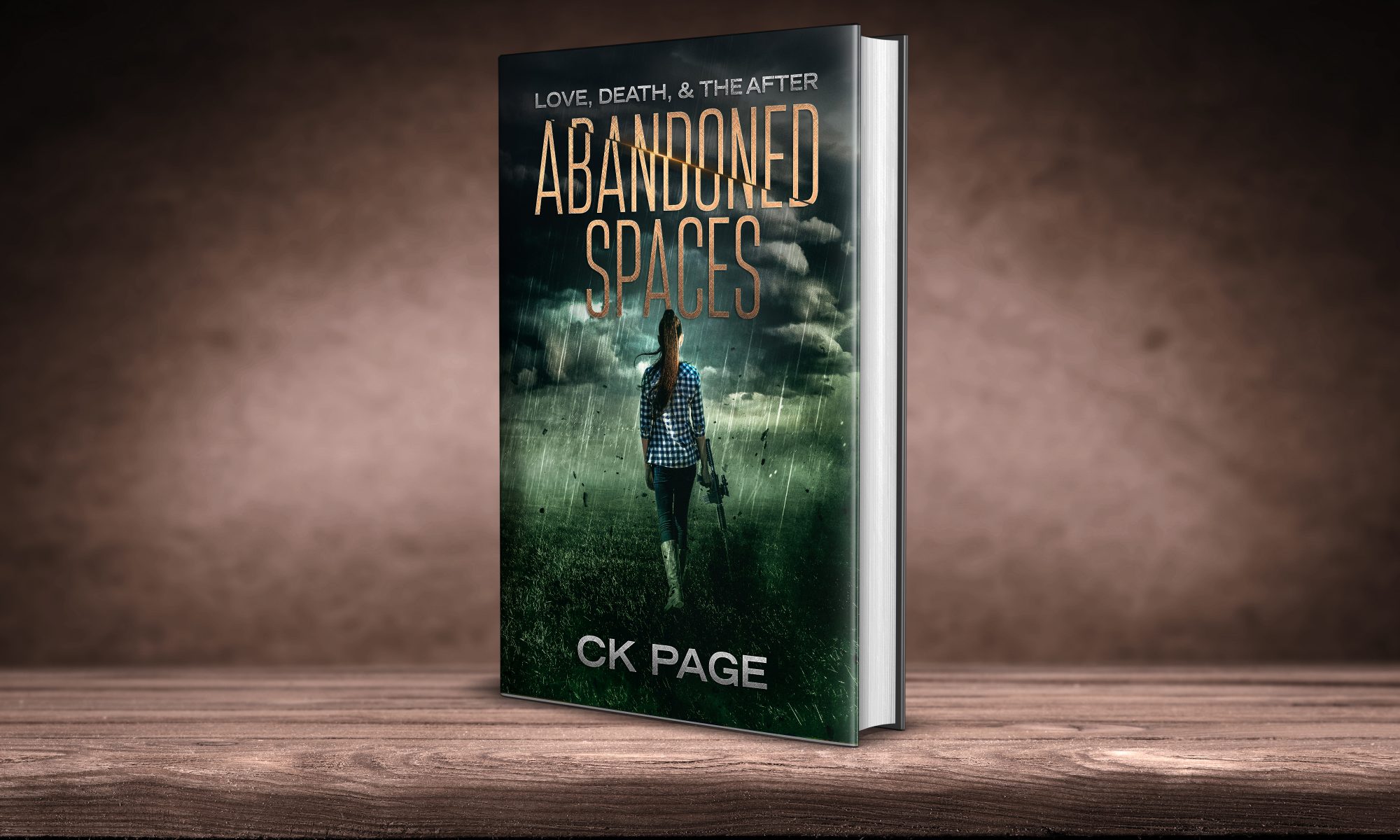 Love, Death, & The After: Abandoned Spaces picks up the story where Rainey and her Team, along with Kendale’s survivors, left off in Darkness.

Escaping a late-night Nagual attack, and with her lover held together by “shoelaces and bailing wire,” Rainey encounters the secret behind the Nagual hidden within a black site lab—a secret from The Before with a treacherous purpose in The After.

Stopping the Nagual plan is hard enough, but her team has betrayed the trust of the town’s survivors, while an attack by the Nagual’s “Maker” and his militant allies looms. When someone compromises Preston’s life, Rainey might be out of time and luck altogether.

The black site’s lead scientist puts his agenda on hold until he and his militia support team can eliminate Rainey and her team. Tesla has a golden opportunity to test his Nagual creations against an old nemesis and the geopolitical forces standing in the way of his greater destiny.

Book 2 of 3 in this four part series, “Love, Death, & The After: Abandoned Spaces” brings a science-fiction take on cutting edge bioengineering that pits the limits of romance, loyalty, and community against a violent world hell-bent on devouring it all.